Why do Women need Financial Planning 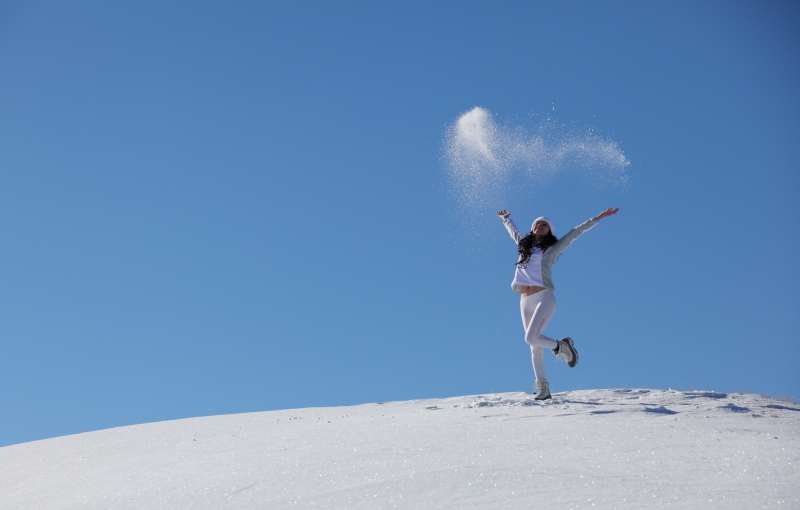 What is Financial Planning

Financial Planning is a specialized skill that matches the needs and preferences of investors with the risk and return features of various investment avenues. It basically plots an individuals dreams and goals in such a manner with his asset allocation sheet along with his risk profile so as to ensure fulfillment of the same as best as possible.

According to http://www.fpsbindia.org/ “Financial Planning is the process of meeting your life goals through the proper management of your finances. Life goals can include buying a house, saving for your child's higher education or planning for retirement. The Financial Planning Process consists of six steps that help you take a 'big picture' look at where you are currently. Using these six steps, you can work out where you are now, what you may need in the future and what you must do to reach your goals. The process involves gathering relevant financial information, setting life goals, examining your current financial status and coming up with a strategy or plan for how you can meet your goals given your current situation and future plans”

So, why does this question ever arise: Why do women need Financial Planning? I think each and every individual needs to plan his expenses along with his earnings so as to successfully fulfill his dreams and women are no exceptions. Even they need to fulfill their dreams and financially sustain themselves. However, historically men have been doing the deed of planning the finances of the household and that is primarily because women have let them. They did not interfere with the same but that doesn’t mean they don’t need to know or they don’t understand!

Basically there are 2 types of Financial Needs, namely Protection Needs and Investment Needs.

In all cases where the individual is worried about protection of the family’s income or the monthly expenses from any unforeseen risk is called Protection Need. This type of need is addressed by Insurance. Although the type of insurance coverage, the tenure, the features etc. needs to be analyzed thoroughly and then chosen.

All other needs which can be fulfilled by a sum of money are child education, buying a house, a luxury family vacation, retirement planning, etc. These are called Investment Needs and can be met with a lumpsum of money which needs to be planned and saved or invested ahead of time.

Financial planning is a process that seeks to organize one’s finances in the most efficient manner that will help realize one’s financial goals. Financial Planning needs to be done with involvement of all family members and their goals and needs incorporated. Since the goals of all members of the family like child education, holiday, retirement, etc. are common, it is most effective when all members get involved in the financial planning.

However, more often than not, only the men members of the family do their financial planning and the women of the house are even oblivious to it!

Saahil Agarwal, age 48 suddenly died out of a heart attack leaving his 42 year old widow with 2 children of ages 9 and 14 and an old mother of 71 years. His family was totally clueless about his assets and liabilities. They had no idea where Saahil's investments were, what savings he did, where and who managed his investments, etc. Sahana, Saahil’s wife was also working in the IT industry but since Saahil was pro-active with investments, Sahana never bothered to delve into it and take a note of it. Saahil used to manage Sahana’s investments on her behalf as well.

This is a very common story of any Indian household. In fact a survey done by DSP BlackRock-Nielsen Survey 2013 on ‘Understanding Indian women-Usage & attitude towards financial products” conclude that only 23% of working women in India make their own decisions about investments. This is a scary figure as only the total numbers of working women have been considered and not non-working ones. If this survey was done with all women, the percentage could be lesser than even 5-7%.

I have named only a few very famous ones. Women have started their own venture, be in from home in a boutique fashion or professionally, be it by joining some multi-level- product marketing company or by selling garments, be it running her own company with employees or managing on her own. Women have reached the moon, trekked the Himalayas, have started all women flights, taxi driving and every other corner that one can think of. Companies have started accounting for men and women ratio of their employees, colleges in their students and even the Government is promoting women employment and education by the Ministry of Women and Child Development. The welfare schemes are being launched, initiatives are being taken and even money is being allotted for success of the same.

Although gender inequality still exists even in modern and urban India with number of women per 1000 men reducing from 945 in 1991 to 927 in 2001 and to 918 in 2011*. Female foeticide is still quite a common practice, despite the Government’s measure to curb the same and of course missing women and girls are one of the rising sensational issues in today’s day and age.

Increasing number of woman are joining the workforce and this is true in both urban as well as rural India. National Statistical Organization of the Ministry of Statistics and Programme Implementation, Government of India has confirmed the same in their 2012 report. So, if their income increases, managing the same on their own becomes of utmost importance.

Women have started to inherit properties as well even after they are married according to the changes in the Hindu Succession Act and the Indian Succession Act and the gender inequality and biasness is becoming a thing of the past, at least as far as the succession norms are concerned. Women also inherit their parent's and husband’s insurance, wealth, investments, business, etc. which needs to be managed effectively thereon.

Ever increasing divorce rates in India is alarming and managing one’s finances, alimony, income, children single handedly is quite a handful. National statistics still do not exist with divorce rates in India, but it is rising at an alarming rate. Emotional outrage is natural with every divorce but as long as you have always had control on your finances courtesy financial planning, you would not stress over financial concerns especially with the maintenance, your job and investments and alimony is concerned and can concentrate on bigger issues.

Many women choose to remain single and they sometimes even adopt children as well and Sushmita Sen is a real life example of the same. She manages the household, her children and their future, her retirement as well as her finances without any male intervention and all on her own and pretty well so.

Worldwide, the average Life Expectancy of men is 68.5 years and that of women is 73.5 years and statistically in marriages, women are younger to men by about 3-5 years. Thus, on an average each woman outlives a man by about 8-10 years. This means, that almost every other woman will have to manage her life (read expenses and finances) for at least 10 years on her own.

Women sometimes choose to take a break in their career for family or children. If finances had been properly managed in a systematic manner, then this break would not leave most women feeling helpless and without income.

Women love to travel, spend and shop and here comes a bigger need for Financial Planning so that the money is well utilized and invested diligently and finance is never a hindrance to one’s dreams and wishes.

Financial planning needs to be done by each and every person especially whosoever is earning. However, I feel women need better and more professional Financial Planning for themselves and themselves alone. Why should anyone depend on their husbands or fathers or any other male counterparts for guiding them what to do with their own money? Are we incapable of handling money on our own or we do not understand finance?

Women are much stronger than men, both emotionally and spiritually and that is why they will do a better job of it if only they put their mind into it. If we compartmentalize things and say that cooking is a woman’s job, then all chefs should be a woman which is quite contrary to the truth! Moreover if driving was a man’s job, then they should do it better than women, right? However, quite to the contrary, Metlife, one of world’s largest insurers, has done a recent survey wherein they have come to a conclusion that women are safer and better drivers and men are 3.4 times more likely than women to get a ticket for reckless and drunk driving. Thus, they have come up with better insurance rates if the vehicle is driven by a woman, beat that!

So, there’s nothing like a man’s job or a woman’s at least in today’s day and age and there is nothing a woman cannot do. So, financial planning, is equally important for both sexes but I, being a woman, feel it is MORE important for women because then she will not be dependent on anyone or be at someone’s mercy, at least financially.