Why do we love gold: The economic value of gold 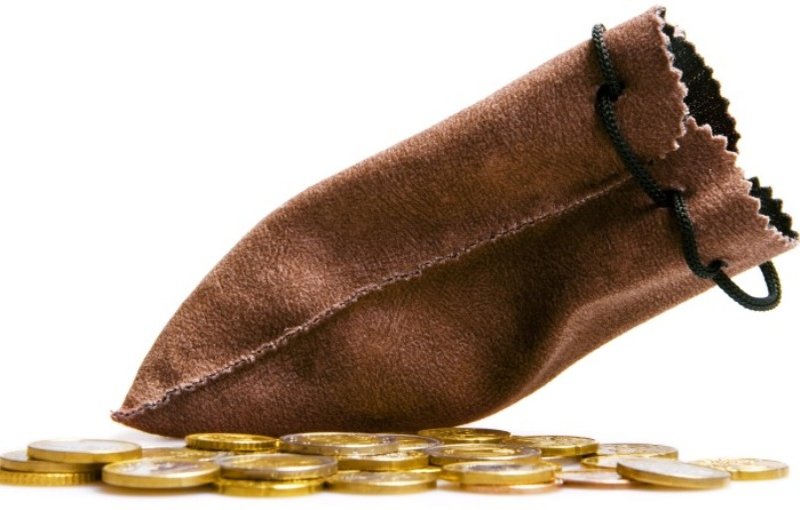 The cultural significance of gold in Indian dates back thousands of years of history. Every year on certain auspicious days like AkshayaTritiya, Navratri, Dhanteras, Diwali etc, many households in India want to purchase gold. Gold is also considered to be an auspicious gift during ceremonies like Namakarana, Annaprasana and of course, weddings.

Our obsession with gold, however, has a major macro-economic impact. The vast majority of the gold that Indian consumers buy is imported and gold demand consumes large amounts of our valuable foreign exchange reserves, which in turn has an impact on fiscal deficit. Over the years, the Government tried to control gold imports through a variety of fiscal measures like import restrictions, duties etc. In 1968 during the old Congress regime, Gold Control Act was passed in the Parliament. The Gold Control Act prohibited the citizens of India from owning gold in any form other than jewelleries. However, this Act did not have the desired effect in stopping gold consumption. Gold was smuggled in to the country from the Persian Gulf region; remember the Bollywood gangster movies of the seventies.

In the 1990, India had a foreign exchange crisis; our foreign exchange reserves were running dangerously low and the nation was on the verge of defaulting on external loans. India had to pledge 40 tons of gold to the Bank of England to tide over this crisis. This crisis prompted the Congress Government, led by PV Narasimha Rao, to embark upon economic liberalization in 1991. The License and Permit Raj of the past was gradually dissolved and as part of economic reforms, gold imports were allowed with import duties. The Government realized it could not influence consumer behaviour with respect to gold and thought that, it was more prudent to earn tax revenues on import of gold.

In 1999, the NDA Government led by AtalBehari Vajpayee launched the Gold Deposit Scheme, whereby Indians could deposit their gold in the form of bars, coins and jewelleries with scheduled banks and earn an interest. The objective of the Gold Deposit Scheme was to put the idle gold in private households to productive use by banks and saving foreign exchange through reduced imports of gold. This was an attempt to turn gold into a financial asset. But the scheme got lukewarm response from the public. Gold Exchange Traded Funds were launched in 2007, another attempt to change consumer preference from physical gold to gold as a financial asset. A variant of the Gold Deposit Scheme, Gold Monetization Scheme was launched by the Narendra Modi led NDA Government in 2015. Like the previous scheme, the Gold Monetization Scheme also did not get the desired response from public.

We went through the history of various legislations and Government actions with respect to gold consumption to show our readers that, as a society we still love physical form of the yellow metal. Precious metals like gold and silver is the second largest component (12%) of our import basket just after petroleum. 2016 was an exceptional year because gold imports fell substantially on a year on year (YOY) basis. However, gold imports jumped again on a YOY basis in February and March this year (2017).

Part of the reason given by the jewellers relate to the wedding season in these months, but I find such explanation weak because as per the Hindu calendar some months are considered to auspicious for weddings; most Indian weddings take place in these auspicious months. The Hindu calendar is different from the Western calendar but the relative year on year variations between the two calendars is quite small. Therefore, weddings cannot be the only explanation for a big year on year jump in gold imports. If cultural factors alone cannot explain there must be some economic rationale for our love of gold.

Let us now discuss the importance of gold in the economic context. Before, we discuss the importance of gold as an asset class let us discuss the tax evasion aspect in gold investment, because it is quite relevant in India. The finance minister, Arun Jaitley, said in his last budget speech that, India is largely a tax non-compliant society. Physical gold is seen as a haven for unaccounted cash and this may explain why many people invest in physical gold. Tax evasion is a complex topic and the Government is taking steps to prevent tax evasion; this aspect of gold investment is outside the scope of our post. Let us now discuss the economic value of gold.

Apart from its cultural significance in our country, gold was / still is seen, globally, as a store of economic value. Before formal monetary systems were introduced, gold was the mode of value exchange along with the barter system. In fact, gold was more efficient mechanism of value exchange compared to barter system, because it represented a unified measure of value of different goods. Before the Federal Reserve was setup in the United States of America, commercial banks could publish currency notes, but they had to be backed by gold.

This is an important concept for students of economics. A currency note is a just a piece of paper. If you have a currency note of Rs 100, the value of the paper that makes the note is only a very small fraction of the purchasing power you expect from the note. Therefore, this piece of paper needs to be backed by something of value, e.g. gold. If you wanted to buy something with this piece of paper (currency note), then the seller would accept the paper because in the worst case scenario, assuming no private individual was accepting the paper, the seller could exchange for equivalent value of gold with the bank issuing the note. However, the worst case scenario usually did not arise because all participants in the market knew that the paper was backed by gold. Gold was seen as the store of purchasing power. So in the inflationary environment, a certain amount of gold was able to buy for you the same amount of goods.

Why was gold standard abandoned by the US Government? Since gold was a store of value, people hoarded gold in times of economic crisis, instead of putting money into the economy for economically productive purposes. This was seen during the Great Depression in the US. Once gold was delinked from the US Dollar, people spent money on productive uses by the economy. By 1971, the US Government completely delinked the dollar from gold. Data shows that, since then, equity as an asset class, outperformed gold over the last 30 years or so.

What about India? Did economic reforms in India have an impact on gold returns? The chart below shows the price per 10 grams of gold in India, from 1964 to 2016.

Price of 10 grams of gold in 1964 was around Rs 63 and now it is more than Rs 28,000. The price of gold has risen at a compounded annual growth rate (CAGR) of 12.5% in the last 50+ years. Over such a long period of time, gold returns have been quite good. But is there a sub-text to the gold returns story? Did economic liberalization in India have an effect on gold returns? Let us examine.

Conclusion of this part

In this blog post we discussed that affinity for physical gold still endures among many investors in India. However, gold returns are much lower in the post liberalization period compared to pre liberalization period. Gold returns reduced by as much as almost half, post liberalization. Yet, as a society, we are much more prosperous now than we were in the past. So what created wealth for Indian investors in the last two and half decades? The answer is equity. This is consistent with the gold versus equity story in the US. In the US, equity outperformed gold after major reforms. In the next part of this post, we will compare equity returns versus gold returns.