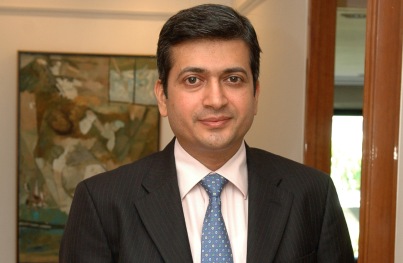 Anup has been working with DSP BlackRock Investment Managers Pvt. Ltd. (previously called DSP Merrill Lynch Fund Managers) since July 1997, and has been managing the domestic funds since May 2001. Anup was CIO at HSBC Asset Management between Dec 2005 and May 2006 before returning to DSP BlackRock Investment Managers. Between 1997 and 2000, Anup also managed an offshore fund, the Merrill Lynch India Fund which was registered in Mauritius and sold to Merrill Lynch's clientele outside India. Prior to joining DSP BlackRock Investment Managers Pvt. Ltd., he worked with Chescor, a British fund management firm that managed three offshore funds investing into Indian equities. Anup obtained a Bachelor of Commerce degree from Sydenham College, Bombay University, in 1991 followed by a Post Graduate Diploma in Management (PGDM) from the Indian Institute of Management (IIM), Lucknow, in 1993. In May 2005, the "Top Fund Managers of India" survey conducted by Business Today and Mutualfundsindia.com, featured Anup amongst the top equity fund managers in the country.

How do you view the global macro scenario? Will we see volatility continue in the coming months?

While the big event (Fed lift-off) is now behind us, we believe that we will continue to see volatility in world markets driven by price actions in the commodity market (especially crude oil), China factor and geo-politics.

While FIIs have sold Indian equities in the recent past, they continue to be net buyers of equities in CY2015 (~USD +3 billion). The recent outflows could be attributed to the nervousnousness around the Fed lift-off and general selloff within EM equities after the developments in China. However, we believe we will see more inflows in 2016 vs. 2015.

Do you think that September lows represented the bottom for Nifty? Are there near term risks of Nifty seeing further deep corrections?

Yes. We believe that the markets are factoring in much of the bad news and investors with a 2-3 year investment horizon should add to Indian equities. Steps taken by the Modi government over the past 18 months will slowly but surely start getting reflected in the real economy and earnings over the next few quarters.

Are there any near term risks of inflation creeping up again?

We do not think so. With benign global commodity prices, stable currency, low capacity utilization (~70% as per RBI) and favorable policy actions by the government to contain inflation, we believe that the risk of inflation is low. This would allow the RBI to further resort to interest rate cuts in 2016.

Do you expect RBI to cut repo rates in the last quarter of this fiscal? When do you see the RBI rate cutting rates next and what is the total quantum of expected rate cut in the next fiscal?

The RBI may wait for the government to present its 2016 Union Budget before it takes any further policy actions. This would be based on the fiscal deficit road map.

What is your outlook on the banking sector over the next 12 to 15 months?

We continue to remain constructive on private sector banks. A recovering economy will prove to be good for the NPL cycle as this would lower the pace of slippages and creation of stressed assets. The banking sector will also be a beneficiary of a general pick up in the discretionary spending and a pick up in the investment cycle mainly driven by Government spending.

Do you see midcaps outperforming large cap stocks over the next 12 months?

We think mid/small caps will outperform the large caps over the next 2-3 years. At current juncture, small and mid caps look relatively overvalued when compared with large caps.