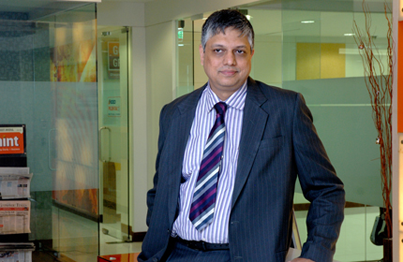 Sankaran Naren is the Chief Investment Officer of ICICI Prudential AMC. Over the last 9 years with ICICI Prudential Mutual Fund, S Naren has managed flagship schemes like Infrastructure Fund, Discovery Plan and Tax Plan. In his current role, Naren is CIO - Equity and Fixed Income. He is also fund manager of Dynamic and Top 100 Fund.

He has 24 years of experience in broking, project finance, investment banking and fund management. By qualification, he holds a B-Tech degree from IIT Madras and PGDM from IIM Kolkata. In an interview with Advisorkhoj he shared his views on Market outlook on the occasion of the launch of ICICI Prudential Growth Fund Series -1. Naren has many laurels to his credit. He is a leading voice on the Indian economy/ equity markets across the investment and financial services fraternity.

What is your outlook for the markets post-election?

The election outcome has been historic, as this is the first time post 1984, when a single party has gathered an absolute majority.Such an event is neither common to witness nor was it expected by the markets. It leads to a situation where decision making can be much faster and growth can be accelerated. This is a big structural positive for the equity markets.

The markets are reflecting a positive outlook of the Indian economy over a period of time. In terms of valuations, we believe, that markets are ataround a fair value or slightly higher than the average of valuations for a long period of time. In fact, these valuations do not capture the structural positive in terms of the election outcome, and over the next 3-5 year basis, we believe India offers a good compounding opportunity in the equity markets.

Sensex is at all-time-highs post the election outcome. Is the Bull Run sustainable in the short to medium term?

As the new government is likely to have a higher thrust on infrastructure, it will help the industrial growth to scale up in the coming years. Many projects that are stuck at various stages will be the first beneficiaries in terms of getting them off the ground. A focus on industries and infrastructure will speedily initiate the growth scale to double digit levels in the coming years thereby reviving the economy.

As the growth momentum is likely to strengthen from 2015, with cyclical recovery primarily supported by better global demand and debottlenecking of existing investment projects, we believe that corporate balance sheets could improve. The current situation is similar to the period 2004-6 with a mid-cap Bull Run initiated on fundamentals. There is a massive potential in the mid and small cap space over the next 3-5 years.

Are there any key risk factors for the market that you will keep an eye on?

The key risk factor is the possibility of El Nino which could impact the monsoon. If the monsoon is normal, both interest rates and GDP would amend in the next six months itself; but if the monsoon turns out to be sub-normal, it would take 18 months for the macro-variables to play out. Other risks could be global factors over which, we have no control.

Why are you launching the ICICI Prudential Growth Fund Series 1 now?

Currently, there is a trend of weakened industrial production with no growth in automobile, cement and steel sales. In the post-election environment over the next 3-5 years, there is a potential for growth in the economy to pick up making a good case for launching the Growth series.

We could see India moving from the low growth environment, that we are currently in, to a much higher growth environment in time to come. Having a product focused on the areas, where growth is likely in the next three yearscould be a good opportunity for investors, given the standard risks of investing in the equity markets.

What is the investment strategy for the fund?

The strategy is to look at investing in opportunities, where returns could go up in the next three years based on what has happened in the economic cycle in the last five years. Sectors/themes like small & mid-caps, banking and infrastructure have not performed well for the last 6-7 years and currently, there lies a good opportunity to invest in them.

What is the difference between your Value and Growth Series?

As such, value investing comprises a school of thought, where you buy into pessimism and make money out of the pessimism that exists at that point of time. For instance, when our value series were launched, there was a pessimistic attitude in the entire market.

In case of growth, however, the strategy is to start investing, when things have started to turnaround, and the growth accelerates from there on. Therefore, our value series always invests in pessimism, where as our growth series, participatesin a situation which is positive, and focuses on areas, which are likely to grow in coming years.

Why has the Growth Fund been launched as a close-ended fund?

In case of close-ended funds, there is an opportunity to decide, when to raise the money. Also, as we know when the money has to be returned, we are in a better position todevelop investment strategies that work well over a three year period. It also allows us to choose a wider set of stocks with a longer term view. At this point of time, growth is likely to pick up over the next three years, and we would be in a position to move the portfolio into a defensive position ahead of the redemptions, at the end of the three year period.

By launching such funds, we may be in a position to give a better investment experience to our investors. This is also the reason, why we are utilizing a dividend option in our Growth Series. A dividend option enables us to generate returns for investors, when we believe it is right time for the same. We have not launched a growth option, as many a times, investors miss the opportunity to book profits, which is unlikely to happen in a pure dividend option.

What are the investment themes that you would recommend to investors?

Over the last 7 years, investors have cut their allocation to equities, and in our opinion, that allocation should be invested in areas where economic upturn helps. We believe that over the next 3-5 years, a spurt in the economy is likely therefore investing in sectors that are sensitive to the economy could be a much better option than investing in defensive sectors. Consequently, small and mid-caps, banking and infrastructure could be good investment opportunities at this point of time. 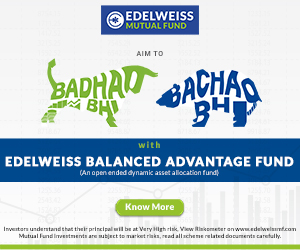 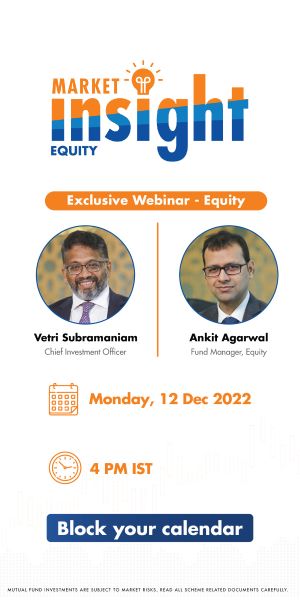