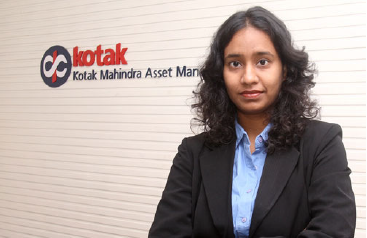 Ms. Lakshmi Iyer Chief Investment Officer (Debt) & Head Products Ms. Lakshmi Iyer has been with the Asset Management Company since 1st November 1999. From 1999-2006 Lakshmi was performing the role of a fund manager where she was responsible for credit research as well as deal execution, managing fund performance across all debt funds and assisting sales in client interaction where required. From September 2006 till September 2008 she was Heading Products where her primary responsibilities were product related initiatives, product pricing and coordinating with the funds management and sales team in the role of a portfolio specialist. From September 2008 till date she is heading the Fixed Income and Products team. In her earlier stint, from November 1997-October 1999 in Credence Analytics Pvt Ltd. she has also worked as a Research Analyst where she was tracking corporate bond markets in India and generating research reports. She was also instrumental in conceiving various financial software tools for Indian markets through effective liasoning with software and technical team at Credence.

Debt funds are perceived to be risky when compared with traditional debt products? How do you address this perception?

Within financial services, banking products (traditional) tend to be pull products and understandably so the size of the banking industry is almost 10 times that of the mutual fund industry However, if one scans the plethora of categories available within the fixed income space, one would realize that fixed income offers potential solutions to almost every interest rate scenario. This understanding would only better over a period of time with improved financial literacy. It would then help removing false perceptions and improve investor participation in fixed income offerings

With the recent monetary policy guidance, there is a general market expectation that we could see benchmark rates ease if inflation continues to come down. We believe that the yields would continue to move in a range, and this range would keep trending downward as clarity emerges on the timing of anticipated rate cuts

It is too pre mature to expect rate cuts in the next policy review. While the tone of the RBI has moderated a bit, they would want to wait and watch the budget outcome as also the progress of monsoons before reversing the rate stance. We do expect rate cuts by the end of the year if inflation actually comes down on anticipated lines.

The rupee has seen some strengthening after the election results. Do you expect the rupee to strengthen further going forward?

We expect the rupee to trade in band of 55-60 in the near term. The RBI would want to orchestrate an orderly movement in the INR and hence extreme movements would likely see the RBI stepping in to intervene in the currency markets

What is your 12 - 18 months outlook on inflation and interest rates?

In line with the trajectory of easing inflation, we may see stable to benign interest rates over the next 12-18months.

How do you expect bond yields to move over the next 12 – 18 months, based on your interest rate expectations?

We expect interest rate environment to remain stable / benign as we expect the RBI to ease benchmark interest rates during this period. Bond yields hence are likely to move downward. However, we do not expect a secular downward movement in interest rates. We expect yields to move in a range, with the ranges heading lower in the months ahead.

What is your fixed income strategy for the next 12 months? At what points (maturities) of the yield curve do you plan to invest?

The strategy in fixed income would be to stay invested to likely gain from the moderation in yields. In sovereigns, we like the 13-20 year segment as the spreads available are quite lucrative in comparison with the 10 yr benchmark. In corporate bonds, we prefer the non AAA space as the yields there are very attractive, in the 2-5 year segment

What kind of debt funds would you advise for investors, at this point of time?

Investment in debt funds is a function of investment horizon as also ones risk appetite. For investors seeking moderate exposure to interest rates, we would recommend a combination of short term and accrual funds where the average maturities typically tend to be in the 1-3 year range. For those seeking to deploy funds for a longer tenure and are also willing to withstand volatilities in interest rates, we would recommend long duration bond and gilt funds. Ideal investment horizon for such investors should be 18-24 months in the least.

What are the key factors that a retail investor should keep in mind while investing in a debt fund? 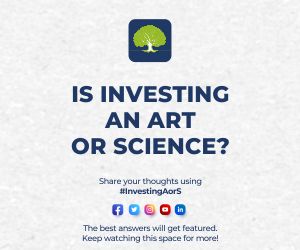