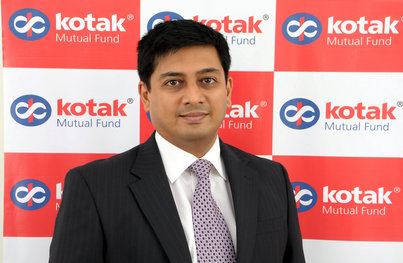 Harsha has about two decades of experience spread across equity research and fund management. He has previously worked with UTI Asset Management, Reliance Group and SG Asia Securities

Harsha completed his Bachelor of Engineering (Mechanical) from National Institute of Technology, Suratkal and holds a Post Graduate Diploma in Management (Finance) from Indian Institute of Management, Lucknow. He has also completed Chartered Financial Analyst course from the CFA Institute, US.

Harsha follows various sports, and was a hockey player while at the university.

Brexit did not seem to have major impact on Indian equity market, with the Nifty holding above 8,000. Have we seen the worst of Brexit as far as our market in concerned? What is the longer term implication of this event on Indian equities?

The Indian equities have remained quite resilient despite Brexit concerns. We do not expect any further volatility related to this event in the short term. However, Brexit represents a turning point in the continuous trend of globalisation that we had seen for the last several decades. Globalisation of markets and economies as seen in the past is no more a given. The dependence on large domestic market insulates India to a great extent from any shocks in terms of global trade and commerce due to this event. However, the concerns on global growth and currency volatility will remain.

The US Federal Reserve did not raise interest rates in their last monetary policy announcement. With Brexit behind us when do you expect the Fed to increase interest rates? What will be the impact of the rate hike on Indian equities?

We expect not more than one rate hike by US Federal Reserve during rest of 2016. Beyond 2016, we expect the rate moves from US Fed to be very gradual and reasonably spaced out. We do not expect Indian equities to be too adversely impacted if the interest moves by US Fed are as per these expectations.

What are the major global risks other than Brexit and US Fed actions that our equity market may face in the coming months?

In the recent past, our market has remained largely resilient despite global concerns. Any further shock from China either in terms of further deceleration in growth or devaluation of currency can pose risks to our equity market going forward.

Hopefully, we will have good monsoon this year. Please talk a little bit about the effect of good monsoon on the Indian equity market, especially industry sectors that are likely to benefit from good monsoon.

Until now, the monsoon season has been panning out well as per projections. This augurs well for rural economy which has been reeling under pressure post two successive below-normal monsoons. We expect revival in consumption from rural economy going forward benefitting sectors such as Auto, Consumer Goods, Cement and Homebuilding materials. We also agri-production to improve over the next few quarters, thereby aiding all allied segments.

Are there any near term risks of inflation creeping up again, good monsoon notwithstanding? What is your outlook on crude oil and other commodity prices?

Domestic core inflation is at 8-month low and is well under control. The recent temporary spike seen in food inflation should get moderated with good monsoon. As far as international commodity prices are concerned – by and large, they seem to be stabilising after a sharp bounce back in the recent months. With sluggish growth all over the world, the prices of commodities seem capped. Given all this, the upside risk to inflation seems limited at this point of time.

The 2015 – 2016 Q4 results showed some good signs relative to the previous quarters. Do you see an earnings recovery around the corner? When do you the see the Capex cycle reviving in the economy?

During March2016 quarter, after several quarters we witnessed positive top-line growth on year-on-year basis. Similarly, the profitability trend also improved quite a bit. We expect this trend to gather gradual momentum going forward. Overall, we expect domestic oriented companies to fare much better as compared to global/export oriented businesses. However, we do not expect private sector Capex cycle to pick up at least in the next 18-24 months as there is excess operating capacity in the economy. Until then, the Capex cycle will be dependent on investments from Central and State Government projects.

Let us discuss the most talked about sector over the past year or so. In your view, have we seen the worst of the NPA and earnings issues with the banks, especially public sector banks?

While the accretion to NPA pool is likely to moderate gradually, recovery is still not underway. Higher credit costs on the back of large pool of stressed assets remain a cause of worry. In addition, credit demand from the corporate sector remains muted and PSU Banks are losing incremental market share due to their relatively weak presence in retail business. Consolidation plan for PSU banks will also be a period of uncertainty in our opinion.

We find that the top 5 sectors for almost all the AMCS are now Banking and Financial, Construction, Technology, Services and automobiles. Are you going to follow the same sector allocation trends for your funds? If no, then what other sectors you are bullish on? If yes, do you still think more is expected from these sectors?

Currently, the investment focus has been on two key themes – consumption growth and revival in infrastructure spend. Firstly, the already growing discretionary consumption in urban economy should see further boost due to pay-outs related to Seventh Pay Commission shortly. On the back of good monsoon, the rural economy should also revive soon. The discretionary demand for sectors such as Automobiles, Consumer Durables, Home building materials etc. should improve significantly going forward. Even enablers like retail focussed private sector banks and NBFCs should do well. Secondly, the increasing spend on building infrastructure by both central and state governments augurs well for allied sectors such as Cement, Engineering and Capital Goods in terms of improved demand and better order inflow.

Over the past year or so, we have seen midcap outperforming large cap. Do you expect this trend to continue over the next 2 – 3 years? Both your popular funds, Kotak 50 and Kotak Select Focus have done very well in the last three years. What will be your advice to our readers looking to invest in equities with three year investment horizon, with respect to market cap categories?

The current midcap valuations are at a premium to that of large-caps. The premium may continue over next few years given signs of bottoming of economy. However, the volatility in midcap segment could be higher in the interim due to relatively expensive valuations. We suggest a judicious mix of large and midcap exposure going forward. In addition to Kotak 50 and Kotak Select Focus, investors may also evaluate Kotak Emerging Equity for midcap exposure.

Finally, we would like to get your views on growth versus value style of investing. Different fund managers have different views on this. As an AMC, do you have preference either ways?