Did you cover your parent’s health yet 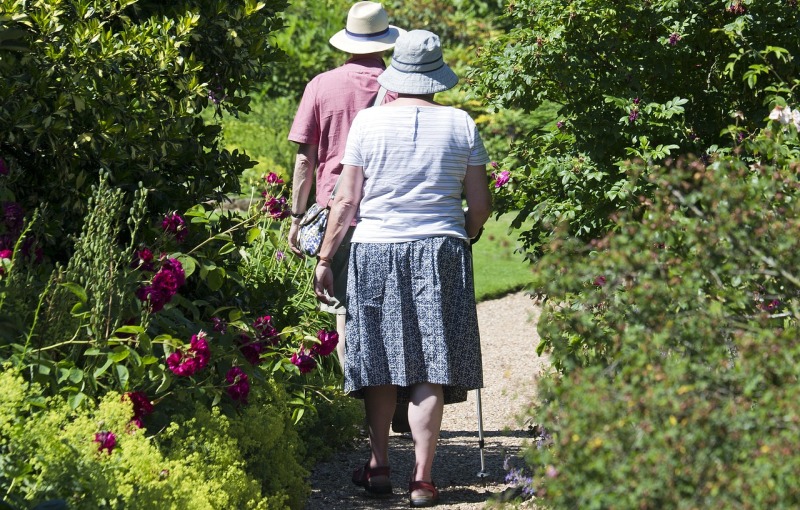 Parents hold a special place in almost all of our hearts. They gave birth to us, cared for us, raised us and provided with all the suitable, sometimes best, necessities and often sacrificed their dreams for our future. We respect our parents and try to take care of them in their old age. Whether it is their medical needs, lifestyle needs or entertainment needs, we see to it that all their needs are met and they live a comfortable life. Providing for the other needs is not financially distressing, but when it comes to our parent’s medical needs, our pockets face the brunt.

Old age is associated with high incidences of medical contingencies and given today’s medical costs, it becomes difficult for a middle-class man to provide for the huge expenses incurred in case of any medical contingency faced by his parents. In this case, a health insurance plan comes in handy to deal with the associated medical expenses. 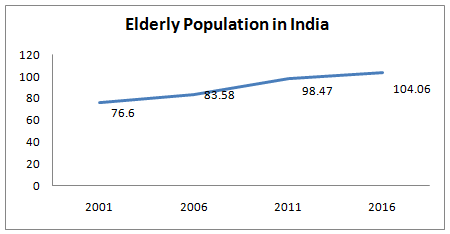 The reason for a steady increase in the elderly population is the corresponding increase in life expectancy due to the miracles of modern science. Almost all diseases have their cures, no matter the cost, and medical treatments and procedures have been revolutionized. A health insurance plan, therefore, becomes a necessary requirement to shield against such huge costs. While you are aware enough to cover for your family under a health insurance plan, what about your parents? Have you formulated a plan for their coverage as well?

Most of you would come up with the obvious answer of a family floater policy which also has the provision of covering your parents, but is it the best alternative? No it is not and the reasons mentioned below explain why not:

Here are some popular plans in the senior citizen category offered by insurers:

The table below shows the above-discussed plans in a comparative standing for a quick look-over: 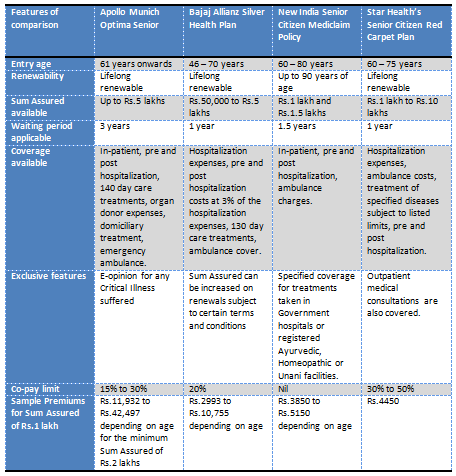 Last, but not the least, you can consider Max Bupa Heartbeat Plans wherein you can cover each and every family member of yours under the same plan from birth till death till 1 Crore and treatment coverage can extend to foreign treatment as well, including US and Canada. However, it is a premium policy and hence the premium is a little higher.