To Invest or Not to Invest: Direct Equity Investing Versus Mutual Funds 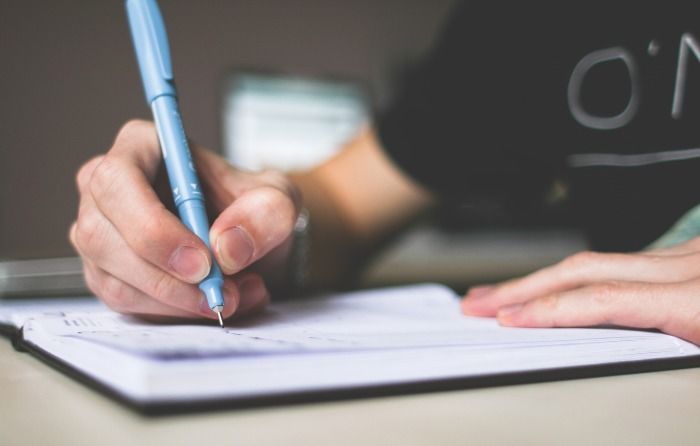 Ajit was destined for neither fame nor obscurity. He strived to be in the upper middle class strata and his income allowed him and his family to be so. He was told by his financial advisor that his risk appetite is moderate. Hence, his Mutual Fund investments were a mix of Balance funds and Equity funds. Along with the traditional investments, his was a goal oriented portfolio which showcased a life well planned, financially. All major life events have been incorporated in the portfolio as a future expense. The meticulous planning has ensured they maintain the comfortable lifestyle they have grown used to. Their financial situation could be summed up as not suffering from want but not over indulging in their needs either. Ajit always ensured his family had access and information about all the financial plans and the various funds in which the investments have been done.

Amit, Ajit’s college friend was known to live larger than life. He personally believed in the motto of ‘Live Life King Size’ and his various social media accounts were proof of that. Money was never an obstacle when he wanted to splurge. He spent it all and barely had any savings to speak of. Ajit’s family received an invitation to attend the Grihapravesh of Amit’s new duplex penthouse. It was a grand house which had been tastefully done. The opulence of the house could not disguise the fact it must have pinched the pocket.

“Thank you! At one point we all felt the house was not happening. However, I was able to withdraw cash from my provident Fund because the loan amount has only been partially sanctioned” replied Amit.

“What about all your savings and various other investments?” asked Ajit who felt a little baffled at his friend’s confession.

“I have invested in Equity because I need quick returns. The other forms of investment take too long and give too little return” laughed Amit.

“Have you not been hearing about how heavily Shyam and Rajesh lost in Equity markets? They invested in equities without giving much thought and now they have to bear losses” said Ajit referring to their common college friends.

“I have heard something along the same lines. I invested because I need quick returns and cannot lock away money for a long time. The EMI and other expenses are rising too fast” said Amit who was now beginning to understand that the indulgences were going to leave a bitter aftertaste.

“Amit, let me be a little frank. Equity investment in your financial state is not a good idea. Such investments always have a high degree of volatility while you require a degree of stability in your investments. Do you have the expertise to invest in stocks?” said Ajit who was now getting worried for his friend.

Amit thought for a while and wondered how he usually invests. He invests according to the suggestions given by his broker and well wishers, mostly family, friends and acquaintance. He was starting to wonder if that is the best way to invest. He has barely consulted any experts and and got carried away by the speculative element that is attached to equities. The very element has led to unfortunate reversal of fortunes for many.

“Ajit, I am a little worried about my situation. Can we sit one day and discuss this? I think I require some advice” said Amit.

“Of course, let us sit down this weekend and discuss this” said Ajit.

The Sunday following that week they both met. Amit showed Ajit a comprehensive portfolio of his investments. Most of his investments were in equities. “Instead of investing so heavily in equities you could have gone for a equity mutual fund where the investment is diversified into multiple sectors and companies to minimize unsystematic risk in your investment ” said Ajit.

“Look” said Ajit pointing at the portfolio, “You have paid an exorbitant amount of taxes for the last financial year. If you are considering short term capital gains after paying brokerage and taxes, it does not leave you with much profit to speak of” said Ajit who by now was deep into a profit and loss analysis of Amit’s portfolio.

“What am I going to do now?” Amit said as he started to feel disheartened as the conversation progressed.

“My advice to you is that you sell all the shares that you bought for short term profits when the market rallies a bit. . You can hold shares of some good large cap companies, provided you remain invested in them for a long period of time. Start investing in Mutual Funds. Mutual funds allow you to get exposure in equities and also minimize your risk to a large extent. You can invest in Diversified Equity Funds and Hybrid Funds. The best part about Mutual Funds is you do not have to sit and personally manage your investment. There are fund managers who make sure that investors get the maximum amount of return by minimizing the risk. Direct investment in equities often leaves you at the mercy of the broker who can sell your shares if you are making losses on your margin.” said Ajit who was getting excited about explaining the various facets of financial investing.

“There is a little problem. I do not have a big amount to invest because I to pay monthly installments for the home loan I have taken. I anyway have to sell most of my shares s for my EMIs” said Amit who now understood his dire financial conditions.

“Mutual Funds draw investment from various investors so it reduces the price per unit so you can pay as less as Rs 500 per month in a Systematic Investment Plan. It may be for equities where a lot of them remain inaccessible because of the high prices. If an investor remains invested for more than a year then the returns are also tax free” explained Ajit.

“I really want to start investing in Mutual Funds. Is it too late?” said Amit who was beginning to see a faint glimmer of hope.

“It’s definitely not too late. I will fix an appointment with my financial advisor and you can discuss further with him. He will help you manage your funds. You can manage your income according to the expenses. Amit, a word of advice from a concerned friend, people who invest in direct equities usually tend to be optimistic hence overestimate their returns. This is an expensive mistake” said Ajit.

Amit nodded, it was gradually sinking that he had lost on a lot of years where he could have compounded his hard earned money. He felt it was not too late and could still strive to make his money work hard. He decided to be a little more financially sound and make informed decisions in future.