What should you do in falling stock market: Part 1 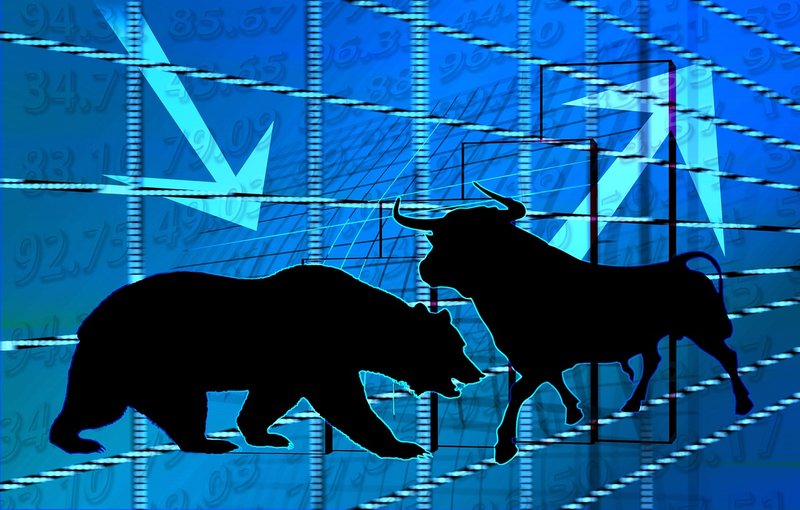 Since the end of January the Nifty has fallen by more than 550 points, a correction of 6% from its all-time high in January 2018. Different investors have different prognosis for any correction. Some people will tell you that, it is simply a bull market correction, while others will tell you that, this correction will be more painful. If you have been investing for the last 5 years or more, you would have seen many such corrections, yet the most recent one usually causes the most distress because it is the freshest in memory. In this two part blog post, we will discuss how what you should do and more importantly, not do when the stock market is dropping.

Good decision in any sphere of life, are made by those who have a good understanding of the situation and who have structured approach. So let us understand the backdrop of this correction. Some people were naively linking this correction to the 2018 Budget. The Long Term Capital Gains Tax proposal would have disappointed most investors, but it had very little to do with the stock market fall. Stock markets around the world have seen sell off over the past 10 days. S&P 500 in the US has fallen 7% since the end of January 2018, FTSE – 100 (UK) fell 6.5%, Hang Seng (Hong Kong) fell 10% and the Shanghai Composite Index (China) has fallen by 10% - in comparison to these markets, the Nifty fell less.

Why have stocks around the world fallen?

Major stock markets around the world have been rallying from 2012 onwards, barring the correction in 2015 / early 2016. The S&P – 500 CAGR from 2012 to end 2017 was 12%, well above the historical average return of 9.8%. India was an outperformer in the 2012 to end 2017 with Nifty CAGR 20% versus the historical 20 year CAGR of around 12%. When market rallies faster than its historical average, then it usually results valuations to get stretched.

Let us understand why the market rallied so much post 2011. I have discussed a number of times in my blog that, fundamental factors like corporate earnings growth, GDP growth etc. may not be able to explain asset price movement in the short term. But 6 years is a fairly long period of time – why did the Nifty rally 20% on CAGR basis, when the earnings (EPS) growth was mostly in single digits during this period?

2008 was a watershed year in the economic history of the world. The banking system and capital markets around the world were in a very serious crisis. Some investors may remember that the market crashed more than 50% in 2008, but a much more serious problem was a severe liquidity crisis in the banking system especially in the US. Central banks around the world, especially the US Federal Reserve stepped in by pumping massive amount of liquidity in the financial market through its Government bond purchasing program (Quantitative Easing) and lowering interest rates close to zero.

Low interest rates as a result of easy money policy provided cheap capital for investors to be invested in assets yielding higher returns, e.g. equity. The Fed kept interest rates very low, close to zero, for almost a decade till December 2015. Since 2015, the Fed has been hiking interest rates and the Fed Funds Rate is now at 1.25%. The rate of hike in interest rates was lower than what the market was expecting; this kept the market happy and stock markets rallied. The previous Fed Governor, Janet Yellen’s (considered to be in favor of an accommodative monetary policy) term ended in January 2018; the new Fed Governor, Jerome Powell is perceived to be a hawk (in favor of a tighter monetary policy). A jump in US wage data this month and inflation concerns thereof, intensified fears of a more aggressive Fed than we have seen in the past few years.

Higher interest rates make US treasures, considered to be the safest asset class in the world, attractive relative to equities – outflow from stocks to Treasuries. The impact on emerging market stocks (including India) can be more than what we have seen so far. For one, Fed rate hike has a direct impact on the currency – as FIIs pull money out of India, the Rupee will depreciate versus the Dollar make India less attractive. In order to protect the Rupee, because we are a net importer, the RBI may be forced to tighten its monetary policy. In such an event, the more leveraged (indebted) companies can see a rise in interest expense and reduction in earnings per share – this can impact share prices. I am not saying this will happen, but this is a scenario which investors should be prepared for.

Earnings will be very important

You should understand that, higher interest rates do not necessarily imply a reduction in earnings and stock prices. The Fed increased interest rates 17 times from 2004 to 2006, yet this period saw one of the most robust bull markets in the history. Similarly in India, the RBI raised the repo rate by almost 200 basis points in the 2004 to 2007 period, and yet this was one of the best bull phases in the Indian stock market.

A mutual fund manager, in his recent interview with Advisorkhoj told us that, while increase in interest rates is broadly negative for the Banking sector, diversified equity mutual fund investors should not be concerned if companies have pricing power to pass on inflation to their customers, then they can deliver higher earnings despite higher interest rates. The problem is when they do not have sufficient pricing power – therefore, it all depends on the demand in the economy. The Government has undertaken a lot of structural measures like Real Estate Regulation Authority, Goods and Services Tax, Insolvency and BankruptcyCode, Digital India program etc. to kick-start economic growth and also the quality of our growth. What remains to be seen, how soon these measures translate into per capita income growth, along with private capex revival because that is what drives demand.

We have discussed thus far that the bull market of the last 5 – 6 years was primarily fueled by liquidity. Someone told me that a liquidity fueled rally is like driving a sports car without brakes – you will crash, when you come to a corner. A liquidity fueled rally, this person said, is based on only hope – I personally think that, there is nothing wrong with hope. In fact, there is an old Hindi saying, which loosely translated into English is that, “the world is rests on hope”. Hope drives us forward and helps us achieve goals that we may have abandoned otherwise. There are a number of reasons, which we have enumerated a number of times in our blog, why Indian equity investors can be hopeful. The strong macros of our economy, the favorable business climate under the current regime, the performance of India relative to other emerging economies are good reasons for being very hopeful about the performance of equity as an asset class in India.

However, based on my experience, I have seen that, hope is very subjective and differs from individual to individual. Investors in top performing mutual funds may have got more than 20% annualized returns in the last 5 years or so. But expecting such high returns going forward, might be expecting too much – investors should form rational expectations. As discussed in this blog post, the rally over the last 5 to 6 years was fueled largely by liquidity. As central banks look to tighten monetary policies, mutual fund investors should temper their expectations in the short to medium term and look at fundamental factors, when making their investment decisions.

I mentioned in my blog posts, Are midcap valuations a cause of concern for mid cap mutual funds and Are midcap valuations a cause of concern: Part 2 that midcap valuations seem stretched and investors should expect correction. Since I wrote those two posts, the Nifty Free Float Midcap 100 index fell nearly 9% and the Nifty Free Float Small Cap 100 index fell nearly 10% in less than 20 days. I did not require me to be an oracle to see that, midcap and small cap would fall more than large cap – it was simply based on valuations of these stocks relative to their historical averages. If you have some knowledge of the stock markets and did some research, you would come to the same conclusions and this is the purpose of this blog – to educate you, so that you know what to expect and make better investment decisions.

When I tune into business channels on TV, I hear some experts saying that huge amounts of monies are waiting on the sidelines to be invested in India – I am sure some of you may have heard the same thing. A lot of foreign money has already been invested in India, but the liquidity arising out of easy money policy might be a thing of the past. It is true that, a lot of domestic money is also flowing in equities now – a mutual fund SIP book swelling to more than Rs 6,000 Crores a month when I last saw and an expected increase in EPFO allocation from 15% to 25% augurs well for Indian market. I think that the domestic flows will temper down the high volatility that we have seen in our market historically. But at some stage, even domestic investors will want to see improvement in fundamentals before they are ready to commit more and more money to stocks. As far as 2018 is concerned, fund managers who we have interviewed think and we concur that, the market will be volatile and will react to corporate earnings.

The market has been volatile for the past few days and we in Advisorkhoj expect the volatility to continue for some more time based on the reasons discussed in this post. Advisorkhoj does not claim that it can read the future – in fact, we do not even try. At the beginning of this two part post, investors who understand the situation and have a structured approach make better investment decisions. In the first part of this post, we focused on understanding the situation we are in and why. We also discussed that investors should form rational expectations about equity market returns. In the next part of this blog post, we will discuss how a structured approach in investing will help you in volatile markets. There are two main pillars of structured approach – asset allocation and systematic investing, which will discuss in our next post. Please stay tuned………