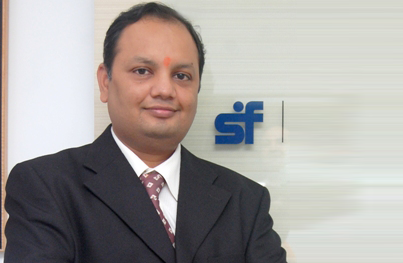 Dwijendra Srivastava is the CIO – Fixed Income, Sundaram Asset Management Co. Ltd. He plays a vital role in the management of all fixed income portfolios of Sundaram Mutual Fund.

He is a CFA, PGDM (Finance) & Bachelor of Technology (Textile Technology). With a rich experience of 17 years including 12 years in the fund management, he joined Sundaram Asset Management in July 2010.

In an interview with Advisorkhoj, he suggested that retail investors should focus on 6 month to 12 month bucket for accrual products; funds the investors can look in order of risk return appetite are Ultra short term Fund and Short Term Funds.

The advice cannot be uniform for every retired individual as some would have just retired while others could have completed a decade or more after retirement. Each Senior citizen’s situation will be unique and they have to look at their individual circumstances in terms of their expenses and capital needs and then take commensurate risk. Having said that assuming preserving capital is of utmost important and regular income need is there we can ask them to have investments in Ultra short term funds and some amounts in Short term income funds. With liquidity sloshing around and bank deposit rates coming off this is a good way to earn a decent return in the short run.

With food and fuel constituting nearly 50% of CPI, any significant rise in food items or petrol prices have a direct impact on inflation while the second round impacts will have additional upswings. Initially due to the monsoons we may see rise in food prices as the supply disruption can add to rise in prices of vegetables and fruits but on a good rabi sowing can ease the retail prices in later months. In general the MSP (Minimum Support Prices) drive the food inflation with the farmers deciding their sowing as per the favourable price dynamics. In general the government has to go a long way in implementing the structural reforms to ease supply bottlenecks which can conclusively ease inflation in the long run instead of micro managing the CPI.

Crude prices have re-bounded from the January – February lows. Are there significant near term risks of crude prices affecting inflation and fiscal deficit in India?

We are not experts in determining the microstructure of the Crude price dynamics but whatever we gather from reports the supply demand situation is evenly keeled and any swing either ways can affect the crude prices accordingly. Having said that crude prices have a direct bearing on both inflation and fiscal deficits as we import 80% of our crude requirements and as our economy grows demand for crude will also grow. A 10 dollar increase in prices causes an expansion of around 1.4 billion dollars/month at current import volumes in the trade deficit. Any sharp increase in crude prices will cause the current deficit to expand and cause inflationary pressures to rise as the higher fuel prices feed into the economy.

What is the implication of Brexit on the Indian economy, both in terms of exports and our currency, in near term and the medium term? Once the slightly longer term implications of Brexit plays out, do you expect it to cause a chain reaction of non USD currency devaluations?

Impact of Brexit will be minimal on Indian economy, as India has small trade links with UK but its wider implications can play out in terms of the currency channel. Having said that UK has enough time to resolve it’s relationships with other European companies and that can mitigate risks over a period of time barring intermittent volatility.

The US Federal Reserve did not raise interest rates in their last monetary policy announcement. With Brexit behind us, when do you expect the Fed to increase interest rates?

Federal Reserve had indicated in its last meeting that it will be patient in increasing the rates and the dot plot has been adjusted for the same. With most developed nations central bankers fighting the growth pangs by opening the unprecedented liquidity taps, latest being the intentions of Bank of England, it is difficult to predict a timeframe for rate rise by Federal Reserve. This may take more time or maybe a long pause or reversal if the situation demands.

The current inflation rate at 5.8% and expected inflation rate for the year at 5% do not warrant for more rate cuts with the guidance of 100 to 200 basis points of real return. The central bank has now focussed on transmission of rate cuts with lowering of liquidity deficit and pushing banks to MCLR regime (Marginal Cost of fund based Lending Rate). We do not rule out 25 to 50 basis points rate cuts if the inflationary expectations recede more than expected.

It would have been a good idea to see the sail through of FCNR redemptions in the current governor’s regime but having said that RBI is an esteemed institute with a glorious history and the chair of RBI governor is like King Vikramaditya’s throne anyone sitting on it takes the right decisions for the country. We think the issue of “helicopter money” and accompanying volatility will be a challenge and to top it the issue of the government getting into poll mode will be difficult to keep the fiscal account in check.

We think that bond yields will be driven by inflationary expectations which in turn will depend on the heavily skewed CPI on food and fuel prices. In contrast global long term bond yields turning negative will have a salutary effect on the domestic bond yields and are likely to move in the lower band despite no rate cuts.

Last year the gilt funds have delivered double digit returns although largely back ended. Going ahead, we believe that the current rate cut cycle isn’t over and any positive surprise on inflation target for fy17 can result in more space for RBI to lower rates.Hence it would be wise for long term investors overlook the short term volatilities and remain invested; moreover central bank’s stiff inflation target can result in structural lower rates for India. Further the global environment is also very conducive for interest rates, globally bonds yields are at all-time low levels which will have positive impact on domestic bond market as well.From a taxation perspective it is advisable to continue investment for over three years to claim long term capital gains in tax benefit.

What kind of debt funds would you advise for investors looking for good returns, at this point of time?

Focus on 6 month to 12 month bucket for accrual products; funds we can look in order of risk return appetite for the investors are Ultra short term Fund, Short Term Fund.

While already invested active investors in Long term Income and GILT should start switching into medium and short term funds as the long bond yields move lower. We are somewhere close to the end of rate cut cycle and this should mean a pause before the rates moving up as inflationary pressures pick up.