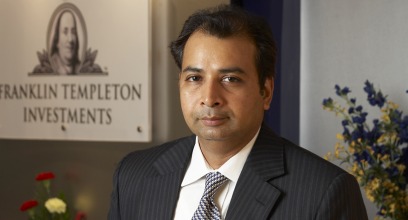 Over a five week period in April and May, India conducted the largest election ever held in the world. With approximately 815 million eligible voters (almost a hundred million more than the aggregate population of Europe), the outcome holds major implications for the country’s economy and market as well as for the broader emerging and developed markets around the world. Sukumar Rajah, managing director and chief investment officer, Local Asset Management, Asian Equity, shares his insight on the changing political landscape in India, and what it could mean for investors.

India’s recent election has been viewed largely as one of the most important in its history. It was only a few years ago when India’s economy was posting nearly double-digit annual growth and was the darling of the emerging-markets world, but over the past few years its economy has sputtered and business confidence has suffered. While the economic slowdown is also attributable to global and cyclical issues, part of the slowdown is attributed by many business leaders to the poor policy framework, corruption and indecisiveness of the previous government. The new government that has resulted from the election is likely to be charged with bringing back the focus on growth, job creation and nation building. India’s general election, which started on 7 April and concluded on 12 May, is estimated to have seen the highest-ever turnout of 66.4%, especially when compared to the 58.2% turnout in 2009.

India’s electoral dynamics are changing, and the country appears to be at a pivotal point of its democratic history. Shifting electoral dynamics such as the high proportion of youth voters, higher literacy, increasing voting power in urban areas and rising aspirations have resulted in a widespread demand for change, leading to the election of a National Democratic Alliance Government led by NarendraModi of the Bharatiya Janata Party. Indian and foreign investors generally believe NarendraModi, as India’s 14th prime minister, will be business-friendly and likely push forward long-delayed infrastructure projects across the country. During this election, in the drafting of the election manifesto, Modi downplayed religious policy which had been a highlight of the previous manifestos, and focused on economic issues and effective governance. His favorite phrase is “Minimum government, maximum governance.”

The 2014 elections saw around 150 million voters between the ages of 18–23 eligible to participate in elections for the first time (more than the total populations of Germany, the UK or Italy). India has one of the largest youth demographics in the world: over 65% of India’s total population is 35 and under and half of the country’s population is under 25 years of age.This demographic is increasingly concerned with issues of governance, employment opportunities and economic performance. The popularity of social media has also been instrumental in mobilizing the youth vote.

The increasing urbanization of India is another key factor. India’s urban population currently generates nearly two-thirds of national output, by our estimation, with 90 million people joining the urban ranks between 2001 and 2011 and another 250 million estimated to join them by 2030. According to the United Nations Department of Economic and Social Affairs, India’s urban population stands at around 30% of total, but that urbanization trend is expected to significantly accelerate over the next few decades.

Additionally, increases in income and literacy rates have seen a shift in electoral focus from the very poor to the aspiring middle class. For this demographic, expectations of a better life rose along with the economy in the first decade of the 2000s but are now being threatened by the current economic slowdown.

As investors in India’s equity markets, we hope the recent election will lead to the creation of a stable government that is able to overcome what we regard as the prevailing political paralysis and push through major reforms awaiting government approval. Moreover, many foreign investors hope the post-election government will have a more permissive stance toward foreign direct investment (FDI).

We regard a National Democratic Alliance (NDA) coalition led by the Bharatiya Janata Party (BJP), with NarendraModi as Prime Minister, as the best suitable and most probable means to achieve these ends. Many industry leaders also appear confident that Modi could implement a strong framework that seeks to boost infrastructure spending and investment. The BJP is highly committed to job creation and industrial growth and has spent the last six months strategizing economic policies to put into place after elections.

The NDA coalition led by NarendraModi and his BJP party secured a clear majority of seats in the Lok Sabha, India’s parliament. This total surpassed the expectations of many market commentators leading up to the election who predicted that the NDA/BJP may have to form a coalition with one or more regional parties to obtain the necessary majority to control parliament. This result is a truly historic election for India, and we believe it represents a broad mandate from the people to pursue the reform policies laid out in the BJP’s 2014 manifesto. This broad mandate means that the BJP should be able to form a more stable government and be less constrained by the demands of smaller regional allies when it comes to implementing key reforms. Most importantly, the BJP should have the political support necessary to push through highly unpopular structural reforms.

As evident in its election manifesto, the BJP-led NDA government intends to put its emphasis on addressing economic issues. This means key reforms crucial to business are more likely to be pushed through. Modi’s immediate objectives are likely to be to restore macroeconomic stability and revive investment, especially in infrastructure. Some of the most pressing issues that we believe Modi is likely to focus on first include:


In the longer term, the proposed BJP-led government also intends to improve infrastructure, including the transportation system, housing and education. Doing so should, in turn, facilitate India’s increasing urbanization, which could include building upward of 100 new cities. We think one of the largest tasks for the BJP will be increasing state-national government cooperation and encouraging domestic business innovation by increasing the rate of national R&D investment and incubating home-grown businesses. The BJP also intends to strengthen traditional employment bases of agriculture and allied industries and retail through modernization, as well as cultivate labor intensive manufacturing and tourism.

Indian equity markets have run up over the course of this election, with the Sensex and Nifty indices both hitting lifetime highs on 15 May 2014. Even though the market’s price-to-earnings ratio of 17.3x as of 30 April 2014 was close to its long-term ten-year average level of 18.6x, corporate margins and growth have been depressed. Consequently, we believe there is still good earnings potential over the next two to three years. These markets could be supported by sentiment through 2014 and 2015 as investors anticipate a spate of reforms which could lead to an economic re-rating. A likely stable Modi-led NDA government, along with a credible central bank headed by RaghuramRajan, bodes well for India’s medium-term economic prospects, in our view.

Last year, investors in Indian equities generally focused on certain sectors, with both the information technology (IT) and consumer staples sectors seeing relative strength on the back of concerns over inflation and the economic deficit. The IT sector benefited from a weak rupee, while consumer staples benefited from fundamentals regarded by many as strong. 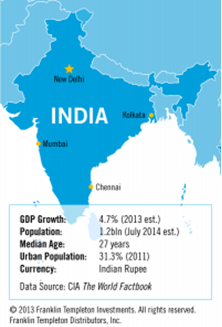 In the last few months, many investors who appeared to be expecting a change in government as well as a cyclical economic recovery moved into the following sectors:

We see a high likelihood that companies regarded as higher-quality firms in these sectors could re-rate following the election. Based on our interactions with Indian companies, we understand that the business community has a very high confidence level in Modi’s ability to revive the economy and that industrial and infrastructure investments are likely to accelerate. However, there is also a risk the government might not be able to live up to such high expectations, especially in the short term, though we remain focused on what we view as its strong long-term prospects. 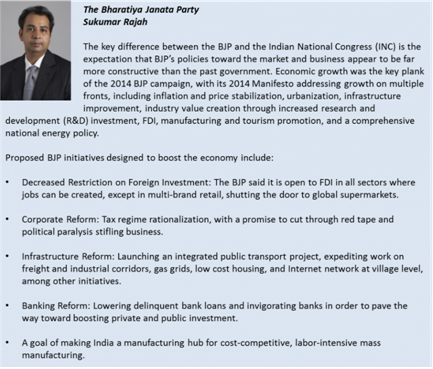 Sukumar Rajah’s comments, opinions and analyses are for informational purposes only and should not be considered individual investment advice or recommendations to invest in any security or to adopt any investment strategy. Because market and economic conditions are subject to rapid change, comments, opinions and analyses are rendered as of the date of the posting and may change without notice. The material is not intended as a complete analysis of every material fact regarding any country, region, market, industry, investment or strategy. 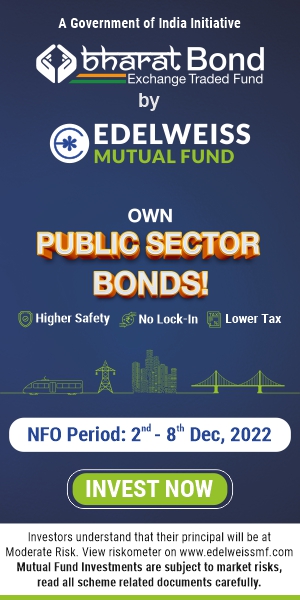