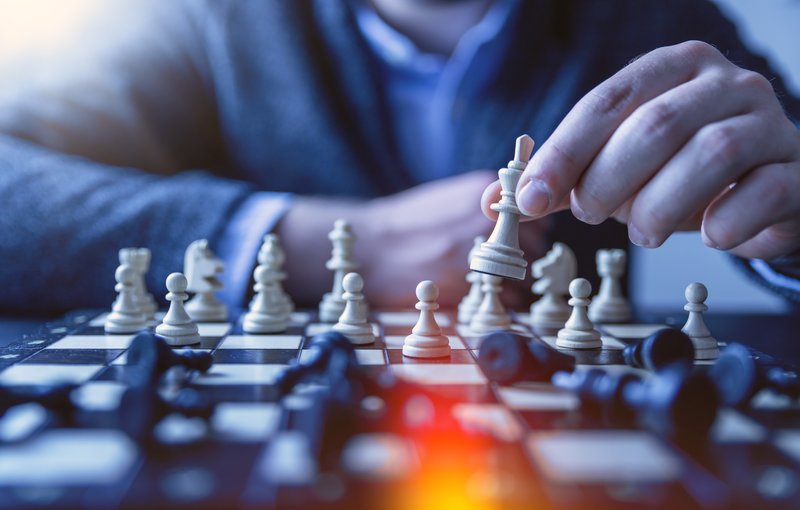 A rookie mistake which many retail investors, especially new investors make, is investing in schemes which are giving the highest returns. As per AMFI data, the mutual fund industry equity funds AUM rose 7.5% (Rs 44,000 Crores) in just one month from September to October 2017. Much of these inflows would have been to small and midcap funds, the best performing mutual fund categories then, at a time when the small and midcap valuations (P/E ratios) were more than twice as much as large cap valuations and correction was imminent. Investors should not make investment decisions based on short term returns. You should understand that risk and return are related. Different market cap segments have different risk versus return characteristics; you should understand the risk characteristics of an investment and make informed investment decisions based on your risk appetite.

In times of economic expansion, demand and consumption grows; companies deliver higher earnings. On the other hand, during times of economic recession, earnings decline due to lower demand. History tells us that economic cycles (boom and recession) are inevitable in any country. Periods of economic expansion (bull market) are followed by recession (bear market) and vice versa. As mentioned earlier, midcap and small cap companies, owing to their smaller size are usually more susceptible to recessions. Therefore large cap companies tend to outperform small and midcap companies in bear markets. On the other hand, mid and small cap companies tend to outperform large cap companies in bull markets because they have higher growth potential. We can conclude that large cap stocks provide more stability across different market cycles, though small and midcaps can give higher returns in the long term.

Performance of Large Cap versus Midcap in the short, medium and long term

The above chart reinforces what we stated earlier, large cap provides more stability across market cycles but midcaps can give superior returns in the long term. I have seen that most online mutual fund content focuses on returns and not on risks, unless specific risk events affect investment returns. Most investors, as mentioned earlier, also base their investment decisions on past returns. In this blog post, we have discussed the risks of the midcap segment versus the large cap segment in relation to economic cycles). We will now discuss the quantitative impact of these risks on the large cap and midcap segments usingan analytical measure known as Drawdown.

Why is drawdown important for investors? It gives investors a sense of what to expect in the worst case scenarios. Investors should understand that if the price of an asset falls from 100 to 75, it is a 25% fall, but for the asset to go back to 100 (from 75) will require a rise of 33%. In an extreme scenario if price falls from 100 to 50, even though it is a 50% fall, it will require a 100% rise to go back to 100. In a bear market, severe price damage can occur in fairly short period of time, especially when panic sets in. The eventual recovery however, can take much longer. For the large cap to midcap comparison, we will look at the worst phases over the last 10 years over whichthere were four bad phases for the broader market.

This was the worst financial crisis in our times. The financial crisis of 2008 was probably a Black Swan event; a very rare event, but not outside the realms of possibility in the future. The chart below shows the movement of Nifty 50 TRI and Nifty Midcap 100 TRI. The drawdown on Nifty was 57%, but the drawdown on Nifty Midcap 100 was 65%. The correction in Midcap was also swifter compared to Nifty and was stressful for investors.

The pattern of large cap outperforming midcaps in a bear market did not hold during this period. The drawdown on the Nifty during this period was 20%, while that on Nifty Midcap 100 was 15%. The reason for this anomaly was that the bear market of 2015 was caused by global factors like fears of economic slowdown in China, Brexit fears and impending US Fed interest rate hike. Global factors affect large cap stocks more than midcap stocks since Foreign Institutional Investors (FIIs) account for a large portion of trading volumes of large cap stocks whereas in the midcap segment, FIIs do not play a significant role.

Though this year in totality has not been that bad for Nifty, it has been quite bad for the Midcap. The drawdown on the Nifty during this period was 15%, but the drawdown on Nifty Midcap 100 was 24%. On an YTD basis Nifty has recovered but Nifty Midcap 100 is still way off from its January highs. The old pattern of midcaps suffering more in bear markets seen in 2008 and 2011 re-emerged this year.

Why is portfolio stability important?

You saw in deep corrections midcaps generally saw more drawdown compared to large caps. Greater the price correction, longer is the likely recovery period. Therefore, if you are investing in midcap mutual funds you should have a much longer investment tenor. Based on our observation of retail investor behavior over the last 15 to 20 years, we can say that while many investors have the temperament of not being affected by moderate volatility, severe volatility (price correction of 20% or more) is stressful for many investors. Once panic sets in, investors make wrong investment decisions, which harm their financial interest in the long term.

Large caps on the other hand, have much higher price stability and therefore, less affected in volatile markets. As such, it is more suitable for investors who do not have very high risk appetites and inexperienced investors. If your portfolio is less volatile then you will be under less stress and less prone to making wrong investment decisions. Having a substantially big portion of your portfolio invested in large cap funds will help you remain disciplined in your investments and this will benefit you in the long term.

One consideration in portfolio construction should be to factor in the need for liquidity at any time. Your financial plan should ensure enough liquid assets to meet financial exigencies. However, if for any unforeseen cause, you have no other option but to meet a sudden liquidity requirement through redemptions from your equity funds, then large cap funds are better candidates for redemptions compared to midcap funds, especially if your sudden liquidity need arises in a volatile market / bear market. Large cap funds are less volatile than midcap funds and therefore, the actual loss and also opportunity loss caused by redemptions in bear markets is less in large cap funds. Liquidity considerations may suggest that large cap mutual funds should comprise a substantial part of your investment portfolio.

Suggested read: how to get the best out of mutual funds by avoiding common mistakes

You may also like to read: Diversification and how to take advantage of it