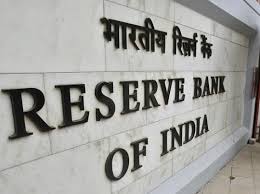 With the positive election results, the new incoming government will have strong authority and stability to pursue their pro-growth policies. The RBI also highlighted that the decisive election result, together with improved sentiment should create a conducive environment for comprehensive policy actions, as well as a gradual recovery of growth during the course of the year.

However, headwinds like inflation, fiscal deficit and a large government borrowing linger. Consumer price index (CPI) inflation has moderated from its highs, although it recently reversed its downtrend due to a pick-up in food inflation. El-Nino and others risks as pointed out by the RBI also remain, although the central bank has said that these upside risks are broadly balanced by the possibility of stronger government action on food supply, better fiscal consolidation, as well as the pass through of recent exchange rate appreciation. CPI core inflation has stabilized, but still remains quite elevated, even though economic growth has slowed. Thus India’s inflation problem is not just because of food prices, but also due to demand-supply bottlenecks, which need to be addressed by the new government.

The government has been able to arrest the current account gap to a large extent and also contain fiscal deficit. However, the quality of fiscal deficit needs to improve further. The markets will be closely monitoring if the new government revises its fiscal deficit targets in the upcoming budget. The rupee has also appreciated on the back of robust foreign inflows. The RBI will need to balance the rupee appreciation with the recent slowdown in exports.

The base case remains of stable policy rate regime in the months ahead. However, we need to monitor data on growth, inflation and fiscal deficit, to have better visibility on rates going forward. We believe that over the long term, inflation will be the key factor that will bring down interest rates in a sustainable fashion. Other factors are likely to have to have more of a short term impact. The RBI also said that if disinflation, adjusting for base effects, is faster than currently anticipated, it will provide headroom for an easing of the policy stance. This indicates a more ‘neutral’ tone than the previous policy statement.