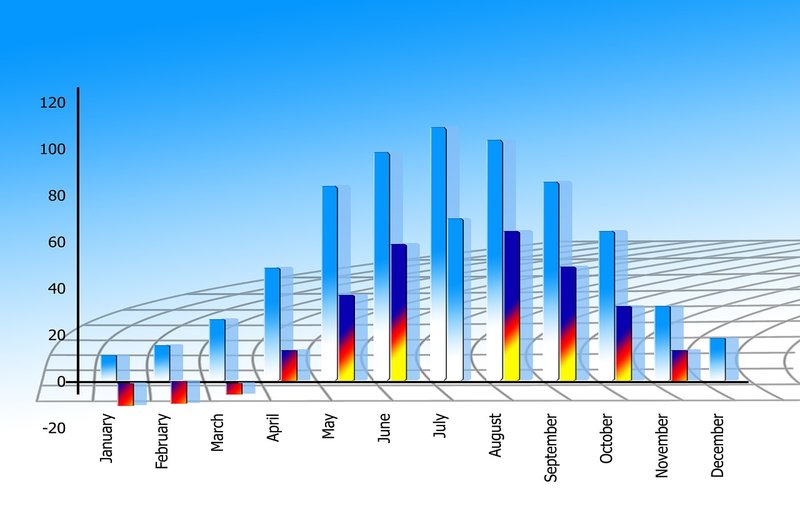 Earlier this week we saw major correction in equity markets around the world, including India. This sell off in equity markets was caused by a several comments made by US Federal Reserve officials over the last few weeks, hinting at a rise in the interest rates (Fed Funds Rate) this year. Policy inaction by the European Central Bank and confusion ahead of the Bank of Japan monetary policy meeting next week has raised further fears in equity markets.

Though we saw a rally on Monday in US stocks my sense is that, still nervousness will prevail in the market, till the Fed policy meeting next week. Over the past year or so, we had a number of events which caused jitters in equity markets globally, namely the Greece Debt Crisis, Brexit, China economic slowdown and Yuan devaluation, but I have mentioned that the biggest risk to equity markets globally will be caused by news flow from the US. While rise in US interest rates will definitely have an impact on the equity prices in the short term, for long term equity investors, rise in US interest rates is not necessarily a bad thing (we will explain why, later in the post).

Relationship between interest rates and equity returns in the short term

Readers, who are not very familiar with capital markets, may wonder, what has interest rates got to do with equity markets. Some of you may have observed that the markets react positively when the RBI announces a rate cut and reacts negatively when interest rates are increased. What explains such behaviour?

Let us try to understand the relationship between interest rate and equity prices in very simple terms. Interest is essentially the cost paid by the borrower for using the money of the lender for a specified period of time. Now ask yourself, why would you borrow money? You borrow money to spend on something; if you do not have to spend, there is no need to borrow. Therefore, when people borrow less, they also spend less. You should understand that, spending by you is income for others.

What applies to you as an individual also applies to companies. When interest rates are low, companies will borrow more to expand their capacities, which in turn can lead to higher sales. On the other hand, when interest rates are high, the company will refrain from borrowing and spending on capex. If a company is operating at low capacity utilization, it can increase sales by simply improving its capacity utilization. But if the capacity utilization is high, the company will not be able to increase its sales, unless they add more capacity. To add more capacity, companies need more money, but if interest rates are high, then they will be hesitant in borrowing money and as a result, will give up on higher revenues and earnings. Interest rates will have an effect not just on the manufacturer but across the supply chain. If the manufacturer is producing more, it will buy more from its suppliers; if it is producing less, it will buy less from its suppliers. Interest rates also affect the distributors or dealers of the manufacturers. That is why markets react positive to news of interest rate cuts and negatively to news of interest rate increases.

Interest rates and bond prices have an inverse relationship; rising interest rates causes bond prices to decline and long duration bonds are the worst affected. Therefore, if there are fears that interest rates will rise, long duration bond investors will sell. As discussed in our post, Make Debt Funds your friend: Basics of fixed income investing Yield Curve, flattening yield curve increases uncertainty and with increase in uncertainty, equity investors will demand higher risk premiums (if you are taking more risks, you will want more returns). While with higher interest rates and higher risk premiums, the investor demands higher returns, the earnings or cash-flow projections of companies do not change; it can actually worsen for companies in rate sensitive sectors. The mismatch in risk premium and the fair value of the company (in terms of cash flows), will lower investors demand for stocks and will, therefore, affect stock prices.

Central banks around the world (including RBI) have two main concerns with respect to interest rates; the effect of interest rates on inflation and the effect on GDP growth. Both these effects are inter-connected and therefore, the central banks have to maintain a careful balance between the two. We had discussed earlier that, lower interest rates stimulate demand for goods. However, it is also important to remember that, higher demand leads to higher prices. Inflation affects the poorest sections of the economy the most. Central banks (including our RBI) have the responsibility of protecting the weaker sections of the economy from price rise, and they do it by adjusting interest rates (the Repo Rate in case of India, the Fed Funds rate in the US).

It is very important for investors to understand that, higher demand in the economy is not caused by interest rates alone; there are other important factors at play. While interest rates certainly have a role in stimulating GDP growth, GDP growth is caused by higher per capita income, increased capital productivity and ease of doing business. Higher GDP growth will inevitably result in higher inflation, for which the central bank (RBI) will have to increase interest rates, but history has shown that, GDP growth can be restrained somewhat, but not reversed, by higher interest rates.

The 90s was one of the best periods of the US economy. There is no doubt the US boom in the 90s was triggered, in no small measure, by the Fed rate cut in 1991, but the economy continued to boom despite Fed rate hikes in the mid and the late nineties. The 90s boom in the US came to an end in 2001, because the business cycle of the 90s ended, not because of high interest rates.

Relationship between interest rates and equity returns in the long term

The orange line shows the monthly Sensex closing value corresponding to the vertical axis on the left side of the chart, while the blue line shows the 10 year Government Bond yield corresponding to the vertical axis on the right side of the chart. Please focus your attention, on the red and black ovals on the chart. From the 1996 to April 2004, the 10 year yield declined by more than 9% (shown in the red circle), but the Sensex, over this period, was relatively flattish. From September 1996 to April 2004, Sensex gave a compounded annual growth rate (CAGR) of only around 7%, lower than what an investor could have got from fixed income investment over the same period. This shows that, over a long timeframe, falling interest rates do not imply high equity returns. Let us now look at the period between 2004 to early 2008.

Please focus your attention on the red and the black ovals on the chart. You can see that, from 2004 to early 2008, interest rates (10 year yields) were rising, but the Sensex was also rising during that period. During this period bond yields rose by 5%, while the Sensex rose by almost 260% (a staggering 40% CAGR over approximately 4 years), giving fantastic returns to equity investors. Whoever said that equities do not give good returns in rising interest rate regime! At the peak of the financial crisis in 2008, central banks around the world, including RBI, had to take desperate measures, to prevent the 2008 financial crisis from becoming worse.

You can see in the chart above the interest rates were cut and the bear market bottomed out in 2009. This is a great example, where pro-active monetary by central banks and fiscal policies by Governments around the world, prevented a much worse financial crisis from affecting us. Let us now look at the post 2008 period.

Please focus your attention on the red oval in the chart above. You can see that the interest rates (10 year bond yields) rose by nearly 3.5% from early 2009 to mid 2014. During this time, the Sensex rose by 127% (18% CAGR), giving fantastic returns to equity investors.

From mid 2014 the market has rallied further but in 2015, even though RBI reduced repo rates a number of times, it did not stop the downward slide of the market. Please see the red and black ovals in the chart below.

The market has since March 2016 recovered considerably. Going back to the beginning of this post, there are valid concerns about interest rates globally, particularly in the US. But it will, as discussed in this post, only have a short term impact on equities, by reducing liquidity available for equities. Since the financial crisis of 2008, central banks in the US and other major economies, have kept interest rates very low. From a longer term perspective, however, increase in interest rates in the US will be a sign that, the US economy is strengthening and does not need the monetary stimulus. A strong US economy is a source of demand from emerging economies like India and is also a source of capital for investments in economies like ours. If interest rates rise in the US due to lower unemployment and higher inflation, the short term impact notwithstanding, it is not bad news for long term equity investors; on the contrary it is good news.