Indians among the most positive on economy, financial future and willingness to invest compared to their global peers

Mumbai, January 14, 2015 – The DSP BlackRock India Investor Pulse Survey results reflect very high levels of optimism and positivity among Indian Investors. A part of BlackRock’s Global Investor Pulse Survey, the India results show respondents being most positive when it comes to key parameters like their views on the economy, financial future and willingness to invest.

Majority of Indians (56 percent) feel that their economy is getting better, way ahead of the global average of 22 percent. The huge margin of positivity extends to their financial future with 81 percent of Indian respondents feeling positive compared to 56 percent globally. A large proportion of Indian respondents also feel that they are in control of their finances (75 percent) compared to the global average of 55 percent, second only to China (84 percent).

BlackRock’s second annual Global Investor Pulse survey provides insights into how investors are dealing with their life decisions and how they are approaching their finances. BlackRock conducted a major research survey of 27,500 people across 20 markets, in conjunction with Cicero Group, a leading independent research agency. The aim of the survey is to take the annual ‘pulse’ of investors and to better understand their financial needs and investment behaviour.

In 2014, for the first time, India was included in the Global Investor Pulse Survey. This report focuses on the findings in India where 1,500 English-speaking 25–74 year olds were surveyed. Those surveyed were all online, primarily urban and financially aware and included a combination of retail and affluent respondents.

Asking people what is on their mind revealed four key financial themes:

“Indians” mentioned in this survey are representative of the respondent profile mentioned above.

In addition to Indian's positivity on the economy, financial future and control over their finances, they are also much ahead of their global peers when it comes to positivity on the job market and interest in investing, both for the short as well as for the long term. Over half of Indians (51 percent) are more interested in investing in equities compared to five years ago as against 27 percent globally. Indian equity holders are much more likely to increase their holdings of equities (54 percent) over the next twelve months than the rest of the world (34 percent).

Looking at savings and investment patterns, the survey shows that Indians save a lot – about 27% of take home pay is saved, and 25% is invested. This is higher than the global average, and much higher than Europe and the Americas. Indians have a similar level of cash holding as compared to the rest of the world. Flexibility, feelings of safety and being cautious are the main reasons cited for holding cash deposits. However, there is a significant divergence with twice as many Indians believing it is an essential part of a portfolio compared to globally.

The survey shows that guaranteed returns, better knowledge and easy to understand solutions are more likely to encourage Indians to invest more of their cash savings into other investments. Among those holding investments other than cash, 70% of Indians hold life insurance products, 64% hold fixed deposits while 46% hold shares. There is also a significant amount of home-bias among Indians. Only 8% of Indians who hold investments other than cash are currently invested outside of India.

Preparing for life’s big events is a major priority in India. These are primarily familial and a key driver of savings and investment behaviour. Major life events require careful financial preparation and it is not surprising therefore that top financial priorities in India are saving money, growing wealth, saving/investing enough for a comfortable retirement and paying for long term health care.

A key piece of advice that Indians would give to their “younger self” is to start saving for retirement at a younger age. Nearly half (46%) cite saving or investing to ensure they can live comfortably in retirement as an important financial priority. Three-quarters (75%) of Indians also believe that they understand how much they need to save for retirement, much higher than the global average of 50%.

Use of Financial Advice

Satisfaction levels are also high—more than half (55%) are very satisfied with the service they receive. They are also willing to pay for it: 78% of Indians who use a financial advisor say that they are charged a fee for either the advice or the transaction.

When those who are not charged a fee were asked whether they would use an advisor if a nominal fee were charged, 29% would definitely still use the advisor, and 45% would probably still use the advisor. Of those who do pay a fee for financial advice, the vast majority (87%) believe they are getting good or excellent value for their money, another indicator of high satisfaction levels with financial advice in India.

“The optimism exuded by investors is clearly reflected in the significant increase in flows into domestic equity mutual funds over the past six months," said S Naganath, President & Chief Investment Officer, DSP BlackRock Investment Managers Pvt. Ltd. "The findings of the Investor Pulse Survey on investor preferences, retirement planning and increased interest in seeking advice from financial advisors, are very encouraging," he added.

“The Investor Pulse survey reaffirms for me the tremendous value add by the financial intermediary / advisor in an investor’s wealth creation journey,” said Ajit Menon, EVP, Head- Sales and Co-head Marketing, DSP BlackRock Investment Managers Pvt. Ltd. “Satisfaction levels of the advised investor were higher than those who did not use a financial intermediary or advisor. This tells us that investor education is an important initiative for the mutual fund industry and for financial intermediaries,” he added.

DSP BlackRock Investment Managers, a Joint Venture between the DSP Group and BlackRock, is one of the premier Asset Management Companies in India. The DSP Group has a track record of close to 150 years and through its investment companies owns a 60% stake in the joint venture. BlackRock Inc. which owns a 40% stake in the joint venture, is the largest asset management company in the world and manages assets in excess of USD 4.52 trillion as of Sept 30, 2014. For more information, visit www.dspblackrock.com.

One of the largest global surveys ever conducted, the BlackRock Global Investor Pulse survey interviewed 27,500 respondents, in 20 nations: the US and Canada; in Europe, Belgium, France, Germany, Italy, the Netherlands, Spain, Sweden, and the UK; In Latin America, Brazil, Chile, Colombia, and Mexico; in Asia, China, Hong Kong, India, Japan, Singapore and Taiwan. The India sample comprised 1,500 respondents.

In 2014, for the first time, India was included in the Global Investor Pulse Survey. This report focuses on the findings in India where 1,500 English-speaking 25–74 year olds were surveyed. Those surveyed were all online, primarily urban and financially aware and included a combination of retail and affluent respondents Executed with the support of Cicero Group, an independent research company, the fieldwork was conducted in July and August 2014. 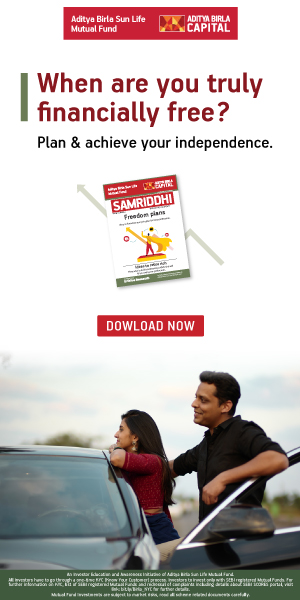